All of the day

In addition to the main ceremonies the program shall also organicly include:

Txana Bane is the son of the Huni Kuin leader Siã Sales. Siã is a well-known militant in the fight for indigenous rights, founding member of the “Union of the Peoples of the Forest”. In 2005, he sent his son, Fabiano Txana Bane, to live in Rio de Janeiro, and with the authorization of the elder medicine man, Pajé Agostinho Manduca Mateus Ika Muru,to conduct Nixi Pae (Ayahuasca) ceremonies. Txana Bane founded the Huni Kuin Guardians group in Rio de Janeiro, where he lived for eight years. He was also a pioneer in

conducting Huni Kuin ceremonies outsideof Brazil, in Scandinavian countries. Txana currently lives between Germany and Lago Lindo Village, in the Huni Kuin territory of the Jordão river, where he dedicates his life towards ecological activism and strengthening Huni Kuin culture, focused on preserving the rainforest and the traditional indigenous ways.

Txana Ikakuru is the spiritual leader of Boa Vista Village, on the Huni Kuin Indigenous Land of the Upper Jordão River. As a conductor of Nixi Pae ceremonies, he is respected for his dedication, seriousness and the tender care with which he transmits and perpetuates his culture. Founder of the Yube Nawa Ainbu school, in his village, made for studies of forest medicines and spiritual diets. He learned the traditional chants and prayers with his grandfathers, the very ancient guardians of knowledge Ikakuru and

Txana Rom„o Sales Tuin. Txana Ikakuru is a messenger of this new time and frequently travels to share his peopleís culture and spirituality in Europe, Asia, Africa and the Americas. 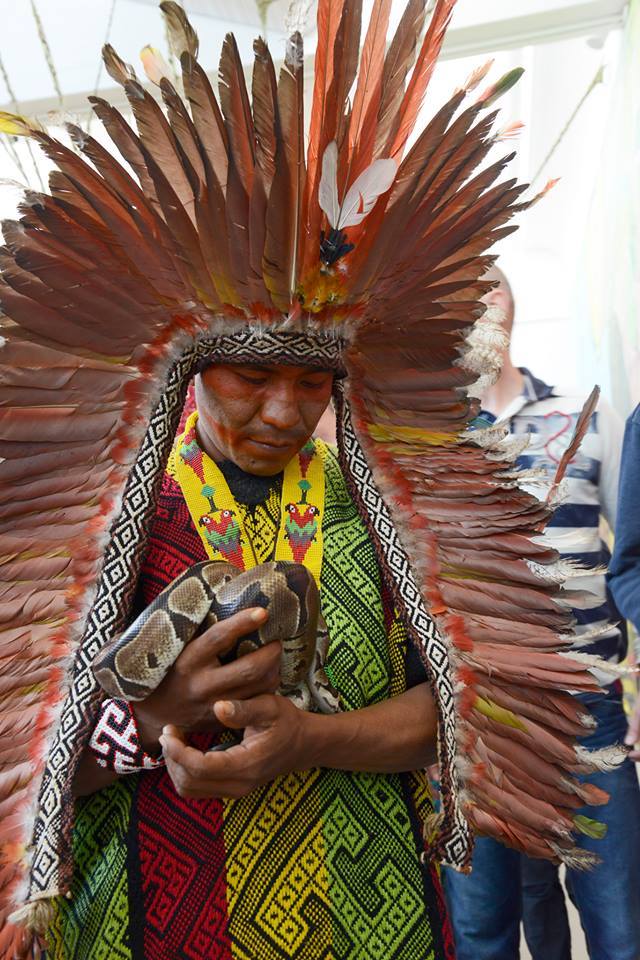 Isarewe Huni Kuin is a spiritual leader in the Reino da Estrela village, Upper Jordão river. He began his studies with his father Arthur Sales Txuã, important Txana (singer). He is very knowledgeable about Huni Kuin culture, and learned many traditional rituals and festivals from his people.

Isarewe is largely experienced in the study of Nixi Pae tradition, as well as other forest medicines, conducting ceremonies in Brazil, Europe, Asia and Africa. 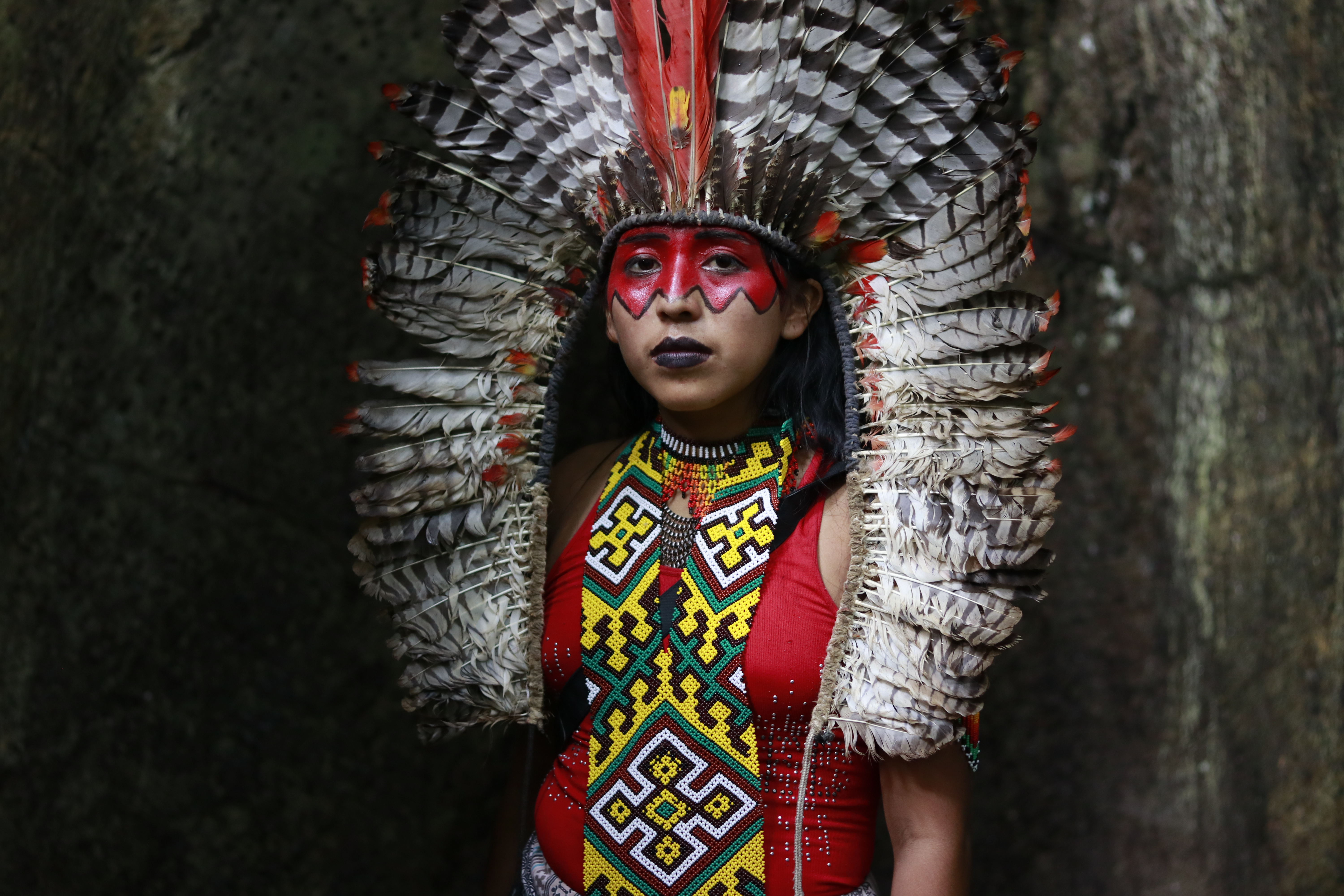 Batani is the daughter of Chief Elias of Aldeia Boa Vista and Mestra Rufina, one of the greatest teachers in Huni Kuin weaving. Her family is very respected by the leaders and has been developing important projects for their people, including cultural and spiritual festivals. Batani is part of the Yube Nawa Ainbu Group, a female group that studies traditional Huni Kuin chants and has strengthened the representation of Huni Kuin women inside and outside the villages. Bataniís voice brings beautiful feminine force and energy to Nixi Pae ceremonies along with her companion Ikakuru.

Nawa Ibã is a young “Txana”, thus titled the great singers among the Huni Kuin people. Representative of the new generation and knowledgeable of the traditions, Nawa Ibã is currently one of the young men responsible for the medicine in his village. Alongside Txana Bane, he has been sharing with the world the ancient wisdom of his people, seeking a true integration between the Huni Kuin people and modern society by means of construction of a new time.

Txana Urí is also a young “Txana” nephew and apprentice of Ikakuru. Txana Urí has been closely following the steps of Ikakuru, helping him with the organization of cultural and spiritual festivals in their village Boa Vista as well as with the preparation of the new generation of Huni Kuin spiritual representatives.

Tima Huni kuin is a great artist, since 2004 she is dedicated to the study of huni kuin art in weaving, crafts and painting, following the tradition with pakari ika songs and prayers. Coming from a family of strong txanas (traditional singers) her father Valmar Siã Huni kuin has great knowledge of traditional medicines and huni meka and katxa nawa chants. 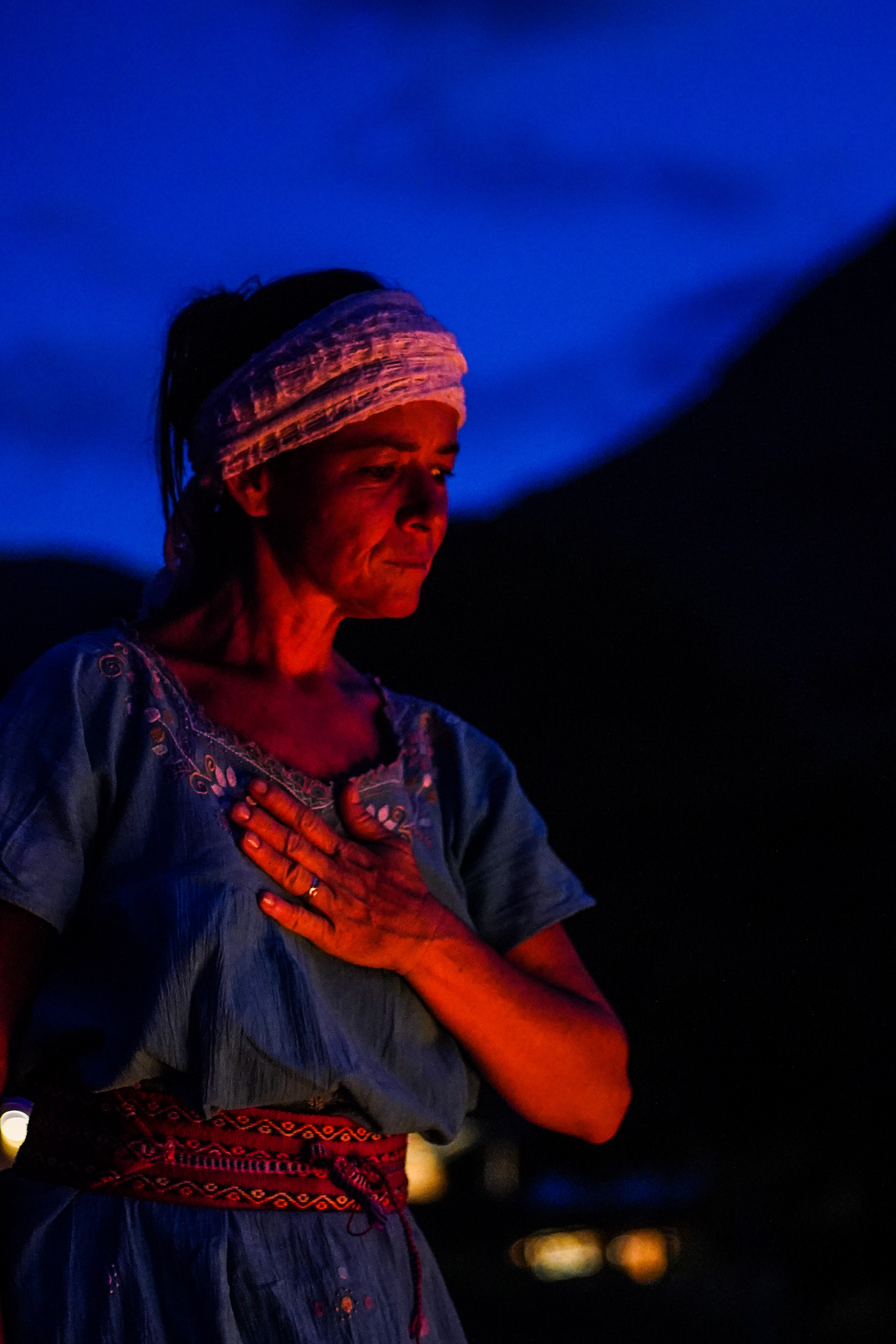 Adriana Ocelot is a medicine woman, sweat lodge leader, sun dancer in Tamoanchan ñ Mexico and Crow Dog’s Paradise – USA, leader of Vision Quest,moon dancer at Ollintlahuimeztli in Teotihuacan – México. Guardian of a RedMoon Temple for women’s retreats, healer in traditional native technique and in the use of medicinal plants.

From a young age he was brought up with the Lakota and Ojibway, so his work has been largely influenced by the traditions and culture of these two nations. Wakia graduated in psychology and political sciences and also studied theology. He founded and developed non-profit charitable organizations within various communities. As an activist, Wakia stood on the front lines, fought and defended the rights of native peoples, as well as environmental and ecological issues. His work is focused on empowering people to recognize and understand their own capabilities.